Regional Cancer Centres (RCC) in Sweden support the regions to increase cancer care quality and improve the outcomes, as well as increase the efficiency of the use of health care resources throughout the patient pathways.

The RCC have a nationally supportive, stimulating and coordinating role in the work to develop cancer care according to the intentions of the national cancer strategy and the EU's cancer plan

The mission is to meet challenges and demands in tomorrow’s cancer care through outreach and collaborative work. The RCC has developed structures for local, regional and national collaborations.

RCC's national collaboration takes place primarily within the Confederation of Regional Cancer Centres in Sweden. The collaboration group was formed in 2010 on behalf of the regional directors and consists of the six RCC managers and the national cancer coordinator, who leads the group's work.

The Confederation of Regional Cancer Centres together with the regions, implement the intentions of the national cancer strategy and EU´s cancer plan, by national working groups creating national consensus and coordination of national clinical cancer care guidelines, quality registries and chemotherapy regimens.

The collaboration group is an advisory body in cancer matters to Swedish association of local authorities and regions, the National Board of Health and Welfare and the Ministry of Social Affairs and produces plans and documents in various areas.

RCC's work is largely conducted in national working groups . There are diagnosis-specific national care program groups and quality register groups as well as cross-diagnosis working groups for, such as prevention, cancer drugs and rehabilitation etc. National working groups consist of at least six regional representatives and are appointed and led by the Confederation of Regional Cancer Centres.

A national cancer coordinator at The Swedish Association of Local Authorities and Regions (SALAR), act as the president of the Confederation of Regional Cancer Centres. 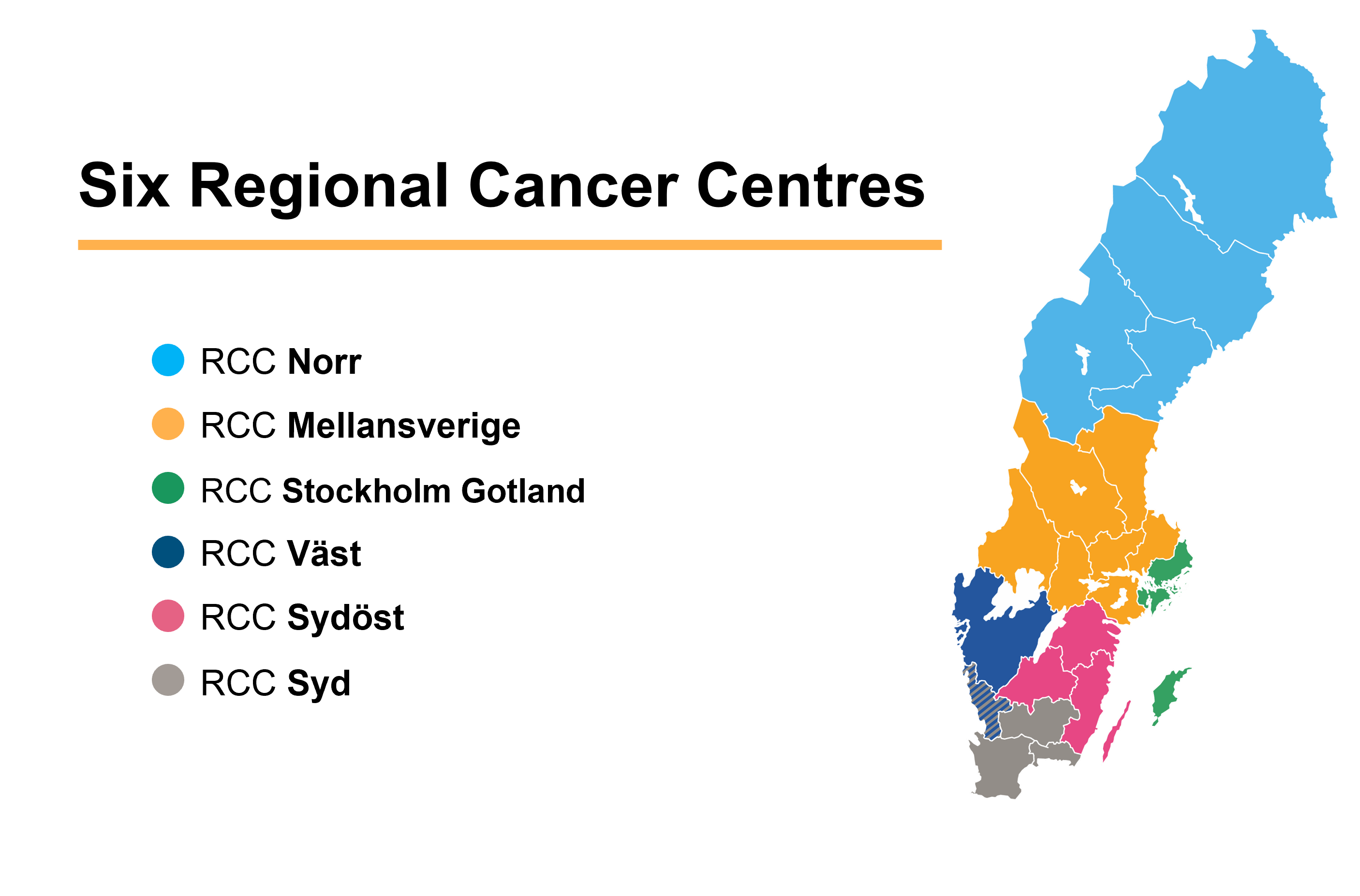